Kevin is the founder & Managing Partner of Remagine Ventures, an early-stage venture capital fund focused on interactive entertainment, data, commerce & consumer investments in Israel. Previously he led ProSiebenSat.1 Media’s investment office in Israel, investing in companies like Dynamic Yield, Minute Media, Magisto, Magma and others. Before that Kevin was an occasional angel investor and a founding member of several startups – one of them together with his partner Eze. Over a decade ago Kevin started his career on Wall Street working for Gerson Lehrman Group and Credit Suisse. He received his MBA from NYU Stern School of Business and his BA in IT Management from the IDC Herzliya, Israel, where he also participated in the Zell Entrepreneurship Program.

Kevin was born and raised in Germany, but spent most of his adult life in the US and Israel, where he lives today with his wife and 4 kids.

Before joining Google, Eze held product management leadership roles at Shopping.com in Israel, Gerson Lehrman Group in New York, Ask.com in Silicon Valley, and AOL Europe in London, where he was the principal product manager for search in EMEA. In 2003, Eze co-founded a startup in Israel, developing text-input technology for mobile phones. He is the author of two patents on web search and online advertising.

In 2012, Eze founded Techbikers, a non-profit bringing together the startup ecosystem around long-distance cycling challenges to support children’s education in the developing world, supporting Room to Read, a leading non-profit focused on girls’ education and children’s literacy in Asia and Africa. Techbikers has built 9 schools and 37 libraries in the developing world, impacting over 45,000 children since its inception and has grown its community of founders, VCs and techies to over 1,000 members.

Michael Lewkowicz became an active venture investor in 2010 sourcing and screening hundreds of companies in Israel and abroad. Among them he led the investments in ShopSpree Ltd., a video-ecommerce platform with AOL as a strategic investor, where he is a board member, Microbot Medical Ltd, a nano-robotics medical device company that was incubated at the Technion University where he also has a board seat and Weissbeerger, a soft drinks big data company where he was active as a board member until he sold his stake in a secondary sale for a profit.

His family has been an active real estate and high tech investor in Israel and abroad for decades. Their most successful investment in Israel was IncrediMail/Perion, which they led from early-stage to IPO on NASDAQ in 2006. In 2009, after having worked in NY as a real estate investment banker, Michael re-structured his family office’s investment arm and founded ML DELTA GmbH, continuing the family’s focus on real estate and hi-tech investments. Michael successfully planned, developed and sold over 200 condominium units in the greater New York City area. Additionally, he has sourced and executed several investments in income producing assets for both his family and other family offices.

Michael holds a B.Sc. in Economics from the University of Pennsylvania and is fluent in English, German and Hebrew.

Chairman of the Fund

Thomas Ebeling was born in 1959. After earning a degree in psychology from Hamburg University, he began his career with Reemtsma in 1987. In 1991, he moved to Pepsi-Cola Germany, where he served as a marketing manager. Starting in 1994, he was National Sales and Franchise Director for the retail and restaurant sales of Pepsi-Cola, and in 1996, he was appointed General Manager of Pepsi-Cola Germany. In 1997, he switched to Novartis as General Manager of Novartis Nutrition for Germany and Austria. In 1998, Thomas Ebeling assumed worldwide leadership of the Novartis Nutrition Division. In 1998, he was appointed to the Novartis Executive Committee. From 2000 to October 2007, he served as CEO of the global Novartis pharmaceuticals business. Under his leadership, the company’s revenues more than doubled from US$11 billion to US$22.6 billion. In October 2007, he was appointed CEO of the Novartis Consumer Health Division. From March 2009 to 2018, he was CEO of ProSiebenSat.1 Media SE, transforming the media company into an international digital leader driving the stock price from under 1 EUR to over 30 EUR today. Thomas Ebeling was appointed to the Supervisory Board of Bayer AG in 2012. Since April 2017 he has been member of the Supervisory Board of GfK SE.

Chairman of the Fund

Our advisers are deeply rooted within their relevant industries. All of them are committed to listen, provide feedback, open doors and work with our companies. 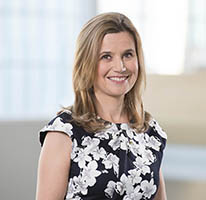 As Sky’s Director of Business Development and Partnerships, Emma identifies and nurtures key strategic relationships with Sky’s technology partners, ranging from start-ups through to major international technology brands.  Emma’s role includes identifying potential commercial tie-ups – particularly in relation to new forms of content distribution – as well as investment opportunities.  Emma has overseen a number of Sky’s strategic investments, including those made in Roku, 1 Mainstream and Jaunt.

Previously Emma was Sky’s Director of Emerging Products, where she led a team that focused on identifying new product opportunities across TV, online and mobile and then bringing them to scale.  In this position, she played a key role in the early development of Sky’s award-winning multiplatform TV service, Sky Go.  Emma joined Sky in January 2008 as a business development director.  She started her career in management consulting, where she has ten years business consulting and mobile telecommunications experience. More recently, Emma has joined the board of Ocado as a Non-Executive Director. 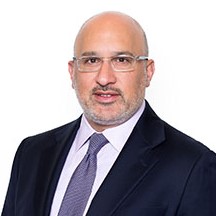 Aryeh is the founder and CEO of LionTree LLC, an independent investment bank.  He previously served as Vice Chairman and Head of Americas Investment Banking at UBS, which he joined in 1999.  He was also a member of the UBS Investment Banking Executive Committee.  Other positions Mr. Bourkoff held within UBS include Joint Global Head of Telecom, Media, and Technology Investment Banking and Head of the Media and Communications Research Group.  Before joining UBS, he served as a high-yield research analyst at CIBC World Markets from 1997-99 and Smith Barney from 1995-97.

Mr. Bourkoff is a director on the boards of select private companies.  He is also a chair of the entertainment, media, and communications division of the UJA-Federation of New York and a member of its digital media executive committee; a member of the New York Philanthropic Advisory Board of UNICEF; a trustee of the Foundation Fighting Blindness; and a member of the Council on Foreign Relations. 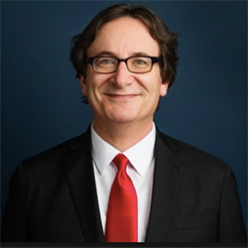 Aidem joins Remagine Ventures from Fandor, the largest independent movie streaming service in the U.S. where, since 2015, he has served as President & CEO and where he will continue to serve on the Company’s board.

Aidem has extensive global experience in the successful development and operation of entertainment networks & platforms. Prior to Fandor, he held senior positions at HBO/Time Warner, Viacom, Showtime/CBS, and spent 10 years as President & CEO of Sundance Channel LLC. Since the successful sale of Sundance to Cablevision for $500M in 2008, Aidem’s focus has been digital, specifically in the form of direct to consumer, over-the-top (OTT) content delivery. Prior to Fandor, Aidem served as Co-Founder, President & CEO of IconicTV a creator & co-owner of premium digital channels including Jay Z’s LIFE+TIMES and Skrillex/Diplo/A-Trak’s EDM Channel, POTATO, all funded by Google/YouTube. Aidem is also a member of the Supervisory Board of ProSiebenSat.1 Media SE, one of the largest broadcasters in Europe. 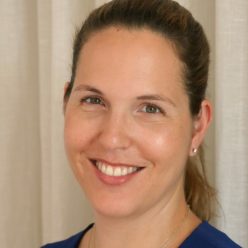 Prior to her 4 years at Cerca, Hadar was an investment professional at Jerusalem Venture Partners (JVP), where she worked intimately with a range of JVP portfolio companies including Cyber Ark (NASDAQ:CYBR) and Cyoptics (Acquired by Avago). Prior to JVP Hadar was an early employee at Wonga in London, where she served as Director of Marketing & Business Development, establishing the company’s customer acquisition infrastructure and building strategic partnerships.

Hadar began her career at 888.com, where she worked in the Online Marketing department, managing online advertising campaigns in the US. Hadar holds an MBA from INSEAD and a BA in Economics from Tel-Aviv University.

Asaf is the Founder and Chief Executive Officer of Minute Media, parent company of 90min, 12up and DBLTAP. Founded in late 2011, Minute Media has grown to be one of the world’s fastest growing sports media platforms with over 85MM monthly unique users worldwide and has expanded the brand throughout Europe, North America, South America and Asia. Asaf is involved in all aspects of Minute Media’s growth and operations, from product development to marketing and content.

Previously, Asaf has spent four years with Cisco’s Corporate Development team, driving acquisitions and investments with focus on the Israeli tech arena.  Prior to Cisco, Asaf has been a Venture Capital investor with Evergreen Ventures in Tel Aviv as well as with Apax Partners in California.

Asaf has a M.B.A. from The Wharton School at University of Pennsylvania and a dual B.A. degree in Law & Economics from Tel Aviv University. 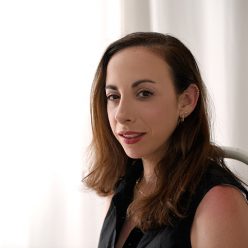 Seasoned advertising CEO and business developer, Tamar controls the ins and outs of the advertising world and brings with her over a decade of hands-on experience in advertising, strategic planning, and marketing. Alongst 11 years at Adler Chomski – Grey IL, she has filled several positions. In 2013, she was appointed VP of Business Development at the group and founded and led the investments arm of the group in Media, Mer-tech and ad-tech companies. Tamar invested in 8 startup companies – Gameffective, Protected Media, Namogoo, Cheq, Byond, Kwik, Upsolver, SOLOMOTO. In 2017 Tamar joined Datorama as Country Manager IL, where she also took a global lead of an enterprise client. Tamar has a BA in Economics and an MBA, both from Tel-Aviv University, Israel, where she also served as an assistant professor of strategy and entrepreneurship. 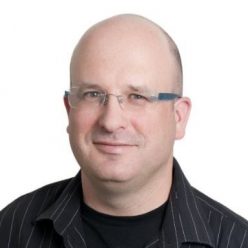 Guy is an interactive entertainment serial entrepreneur with over 25 years of experience in interactive media. Guy serves as Chairman of the Israeli game developers association, GameIS, and as managing director of Ouzo games. Guy works with innovative teams in fortune 500 companies as well as startups all around the world. Over the past 5 years Guy lived in South California and created XR content strategy and media /tech deal flow for Oculus, Epson, Qualcomm as well The Coca Cola company and many startups . Prior to that Guy co founded Side-kick games, a leading game production house, creating games for new platforms with clients such as Google, Intel, Rovio, DeNA, LeapMotion and Primesense. Guy founded Double Fusion, a leader in the in-game advertising space, Cellular Magic and Click! Online, a casual games studio.

After studying business administration at the Leopold-Franzen University in Innsbruck (Austria), Christoph Vilanek began his professional career with the publishing house Time-Life International. Before becoming managing director of the online fashion business boo.com, he worked in various positions within the mail-order business. In 2001, the native Austrian switched to the management consultancy McKinsey, where his focus was on the field of telecommunication in Germany and Eastern Europe. In 2004, he became joint managing director of iPublish, a subsidiary of the Ganske publishing group in Hamburg.

Before his appointment as Chief Executive Officer of freenet AG, Vilanek held various positions from 2005 until 2009 within the area of customer communication, customer development, customer service and customer retention at debitel AG in Stuttgart.

Christian Schmalzl was born in Passau in 1973. He studied political science, philosophy, literature, and sociology in Passau, Munich, and Cardiff. While in college, he also worked as a freelance journalist in the editorial departments of various newspapers and publishers. After graduating from college, he joined Munich-based MediaCom as a trainee. In 2002, a little more than two years after starting out as a trainee, he became the youngest managing director in the agency group’s history. In 2007, he assumed full responsibility for all business activities in Germany. After just 10 years with the internationally active media group, he was made Worldwide Chief Operations & Investment Director (COO) at the age of 36. Christian Schmalzl has joined Ströers Board of Management as COO at the end of the year 2012. He has been appointed Co-CEO of Ströer SE & Co. KGaA in March
2017.